Air Tools: Not Just a Luxury 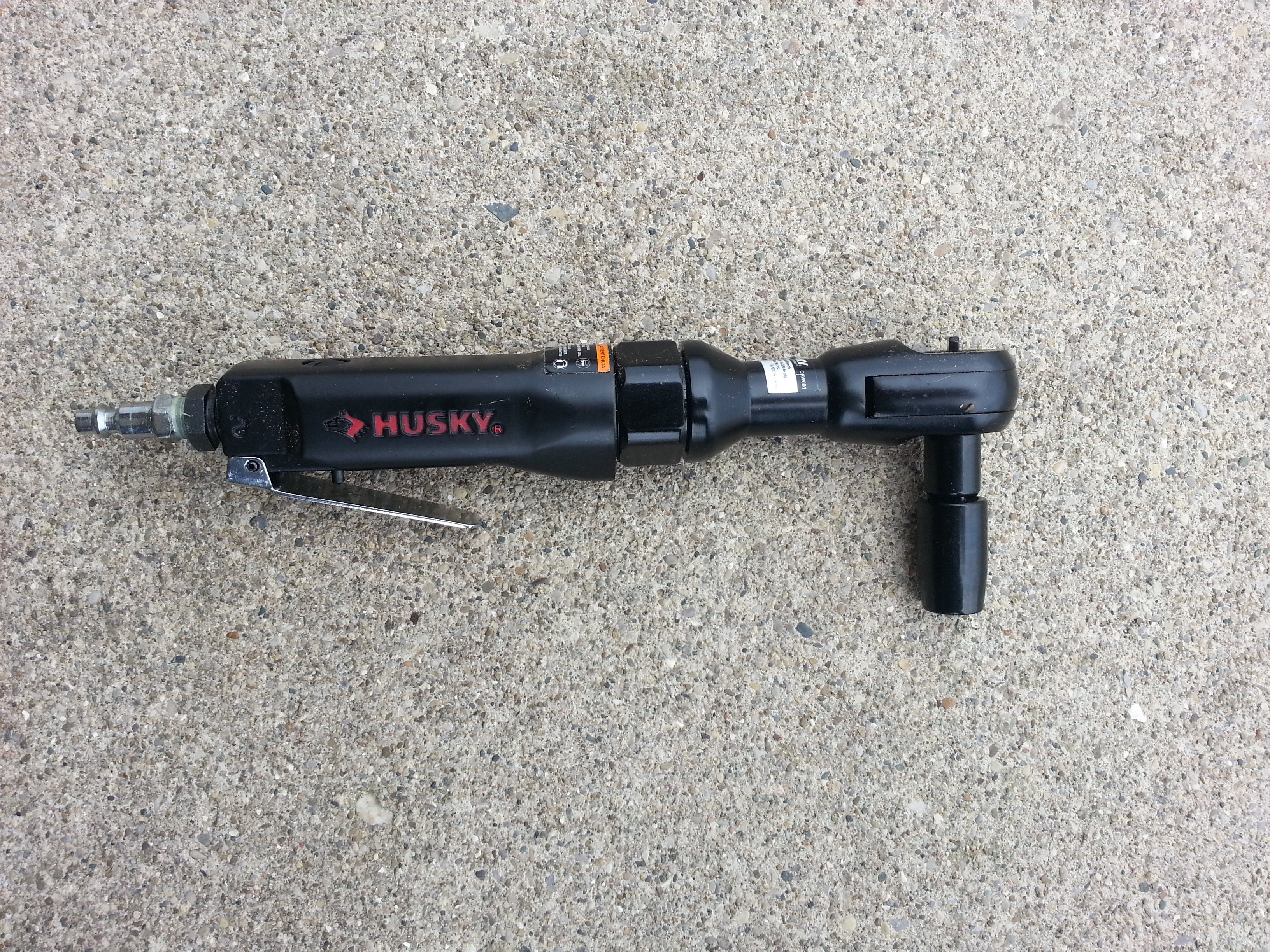 I have a confession to make.  Ever since I received the Campbell Hausfeld air compressor, I have viewed it as a sort of luxury item.  I really didn’t think I absolutely needed to have a big compressor.  While it does outperform my old pancake compressor in pretty much every way, I have still viewed it as a “nice to have” (a very nice to have), not a “must have” item.  Until last week.

I don’t what exactly I did to anger the automobile deities that rule mechanical universe, but I clearly did something.  I have a dead battery and two blown headlight bulbs to prove it.

Under normal circumstances, replacing the battery in my truck and the headlights in my car would be an easy Saturday morning task.  But the scenario changes when you have to pull the battery at 9 PM on a weeknight because you need 4-wheel drive for the snow expected the next morning.  Likewise, two blown bulbs make driving at night a bit of challenge, to say the least, so replacing them becomes a priority. With the thermometer barely in double-digit territory, the prospect of fighting corroded bolts was enough to make me consider taking the vehicles in to the mechanic.  The actual act of pulling out headline bulbs is a simple, tool-free flick of the wrist, but getting to the bulbs involves unbolting several components from the engine compartment. Components held on by bolts that have been rusted in place for years and sit in places that require a contortionist-like ability to bend.  (I hope there is an especially bad place in the afterlife for engineers who design cars without considering how people will have to deal with the layout in the real world, but I digress.)

That is where air power came in.  The idea of an impact wrench and an air ratchet suddenly went from luxury to necessity if I wanted to power through rusted-on bolts and save my fingers from frostbite. While I can’t say that I really would have gone through with paying a mechanic to do these relatively simple fixes, I can say that air tools make quick work of very uncomfortable tasks.  I am also fairly certain that the tools prevented bloodshed, too.  Maybe I am just especially clumsy but my experience has been that rusted bolts + odd angles = bashed knuckles.

I assume that everyone has heard that jobs go quicker with the right tools. That saying is absolutely true and gets even more important as the temperature drops!  In this case, an impact wrench and air ratchet were definitely the right tools.