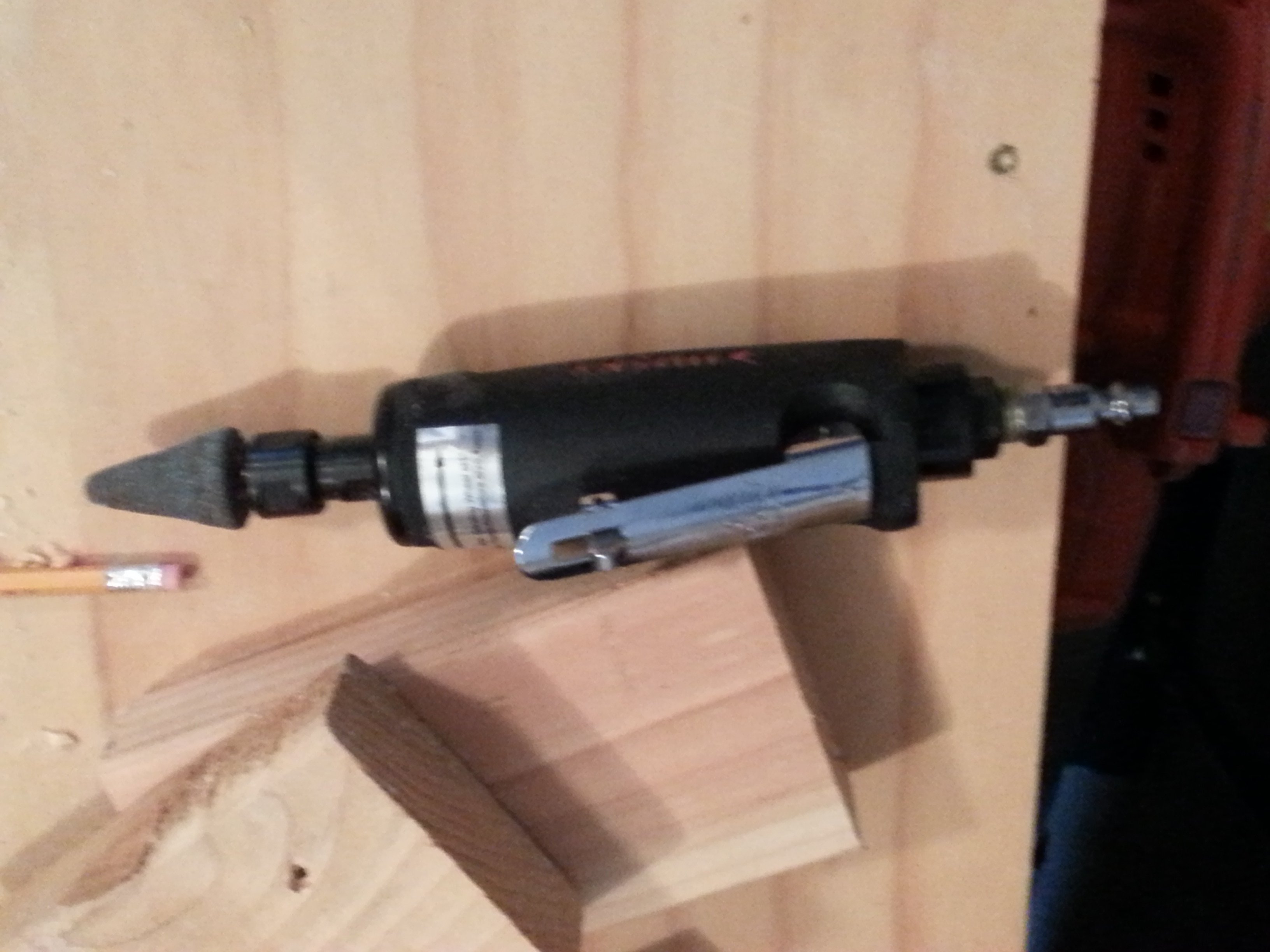 Another week with the Campbell Hausfeld air compressor and my experiences continue to be positive.  A few weeks ago I mentioned my intention to begin testing some air tools.  After convincing my wife that buying more air tools would allow more projects around the house to be completed more quickly, I bought a handful of new toys…I mean tools.

One tool that I have been eager to try is a die grinder.  Unfortunately (for me) the task at hand was splitting a bunch of firewood.  Despite putting some serious thought into it, I couldn’t figure out how to actually use air power to split the wood.  I did think of a couple of possibilities, but after putting them to the “Hey Guys, Watch This” (HGWT) test I thought better of it. For those that don’t know the HGWT test, it stems from a simple fact of life pointed out to me by my friend Bill.  It goes like this – if you get a few guys together and one of them says “hey guys, watch this” you can pretty much guarantee that someone is going to get hurt.

One of my most embarrassing HGWT moments occurred on a hiking trip when I was sure I could break a small log into chunks of firewood by swinging it into another tree.  Despite the fact that two of my friends were jumping on the log with no luck, I was convinced I could do it with ease.  Because of the length and weight I had to brace it against my stomach to swing it around.  After yelling HGWT, and spinning nearly 360 degrees, I swung the log into the tree and kept it pressed against my body.  And then I was initiated into the HGWT club.

You know how your hands sting when you hit a hard, immovable object with a baseball?  That feeling was in my stomach.  I know it was bad because one of my friends even asked if I was okay before falling over with laughter.  But I digress…

After realizing that all my firewood-splitting ideas were definitely HGWT-worthy, I abandoned the notion of trying to blow apart wood with air power picked up my axes and splitting wedges…and the new die grinder. While a die grinder isn’t good for splitting wood, it is excellent at sharpening axes.  It also allowed me to grind a nice point on one of my splitting wedges, which made getting it started much easier.  In years past, I used a hand file to sharpen the axe blades, but the splitting wedge is made up of odd angles, which means that it doesn’t lend itself to sharpening with a file.  The die grinder made incredibly quick work of sharpening the axes.  The new point on the splitting wedge allowed it to get started with just a small tap.  Previously, I had to strike it repeatedly and would often have the wedge fly out in the process.  I didn’t have that problem with the wedge’s improved bite into the wood.

All in all, I sharpened two axes and two splitting wedges in less time than it would have taken me to sharpen one axe by hand.

As far as the Campbell Hausfeld air compressor, it worked great.  The compressor did cycle on a few times while I was grinding but the noise from the oil-lubricated motor was easily tolerable.  Besides, the only noise I really cared about was that cool “bzzzzzz” sound you only get from air tools…