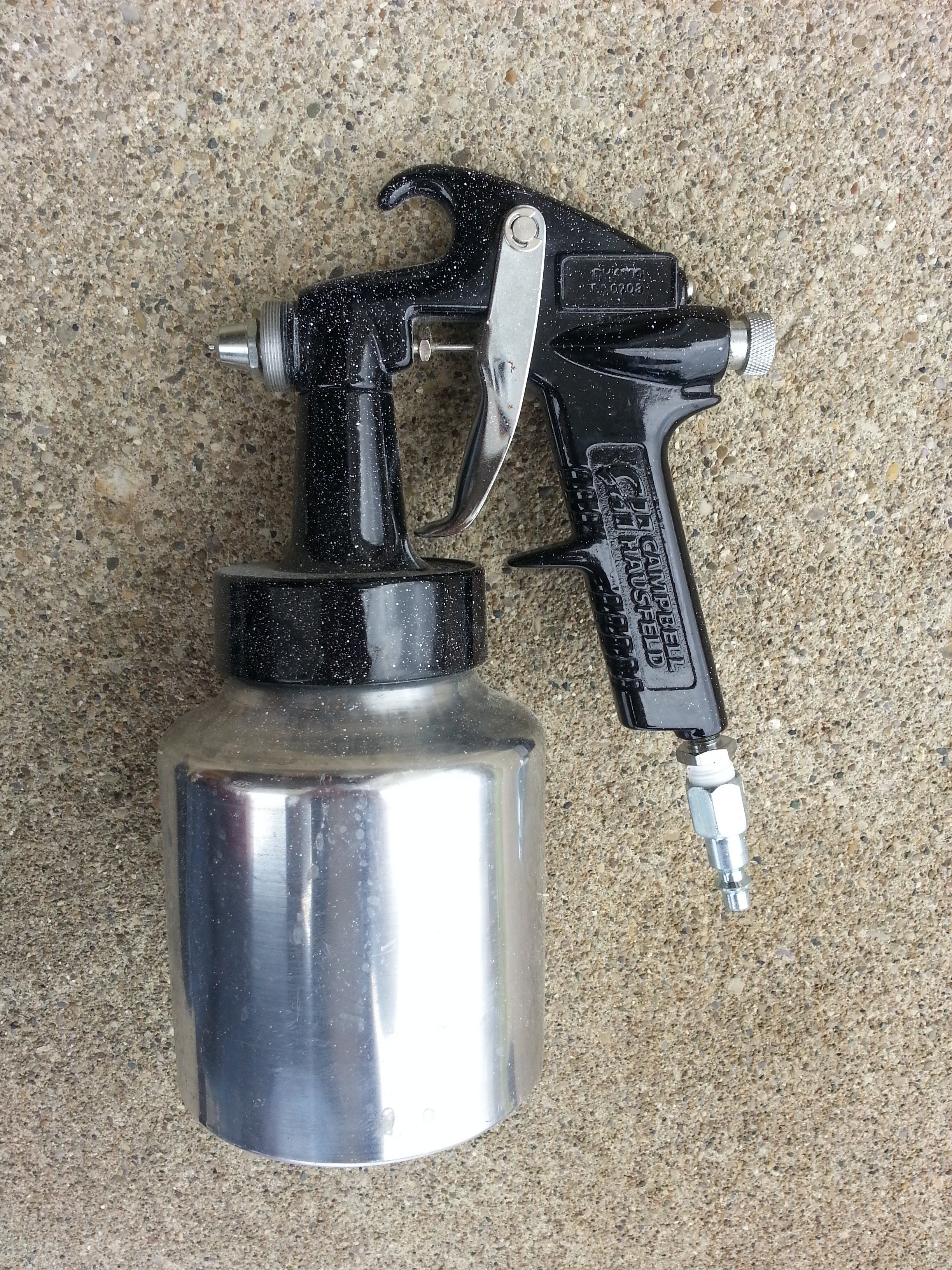 Despite starting a new job I did manage to spend some quality time with the new Campbell Hausfeld air compressor.  The first test was hardly much of a workout for the 30-gallon tank but that is the advantage of a large tank – it can do all the jobs of a small tank plus more.  I had some rotted trim around my front-door entryway that was allowing water to seep in behind the brick.  Rather than replace it with wood, I upgraded to a composite material that doesn’t rot.  This trim is somewhat flexible and I was embedding it in a bed of caulk, so shooting 2-inch brads was the perfect solution.  I could hold the trim exactly in place with one hand while shooting nails with the other.  This little bit of activity wasn’t even enough to kick the compressor’s motor back on after the initial charge, but it helps to illustrate the advantages of air power.

My other two uses were more geared toward a 30-gallon tank.  While it might sound sad to say, I was ecstatic to finally be able to use the blow gun to blow dust off a woodworking project.  With my smaller compressor I could only hit a project with a small burst of air before the (very noisy) motor kicked on and the pressure dropped. The larger tank gave me the capacity to drive the dust out of the wood grain quickly and easily. My last exploit involved a general purpose spray gun.  It was fun and it was messy.  The piece I was painting wasn’t particularly large but it had a number of odd angles and areas that were tough to reach with a brush.  The spray gun made this a breeze. The air compressor did cycle on and off a few times while I was painting, but that was to be expected.  Since the oil-lubricated motor isn’t as loud as my older compressor, this really didn’t bother me at all.  I did learn two things though.  The first is that I need to practice a bit more to get my technique down.  The second is that I need to watch overspray.  I really need to watch overspray.  Not paying attention to that little point led to me needing to power wash my driveway…